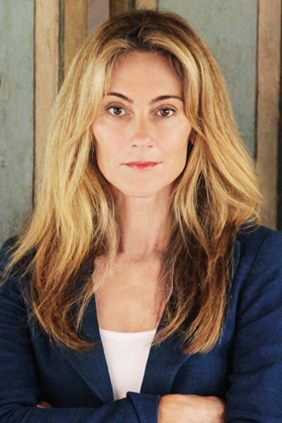 Heidi was born in Toronto, Canada in 1969 and attended McGill University (BA) and New York University (MA).
During this era her most influential experiences included studying abroad in Paris at Parsons School of Design, spending countless hours in the darkroom, working as a teaching assistant for video-digital artist Peter Campus, running varsity cross country in Paris and New York and photographing Yosef Karsh in Ottawa.

Since then her work has been exhibited in galleries across the United States and Canada. She has won several prestigious awards including the Jack Goodman Award for Art and Technology and American Photo’s “Portraits and People” contest, and her work appears in many private, corporate and museum collections. Most recently, in Spring 2015, her Plastic in Paradise series was displayed as a solo exhibit at the National Gallery of the Cayman Islands. She is represented through the Benrubi Gallery, New York City.

Art and life are seamless for Bassett Blair. Her most cherished accomplishment is bonding with her family and working consciously everyday at being the change she wants to see in the world.

Currently Bassett Blair and her family are residing in the Cayman Islands and continuing to travel extensively with their three children. Their most recent stop was Bali, Indonesia where all three of their children attended the Green School.